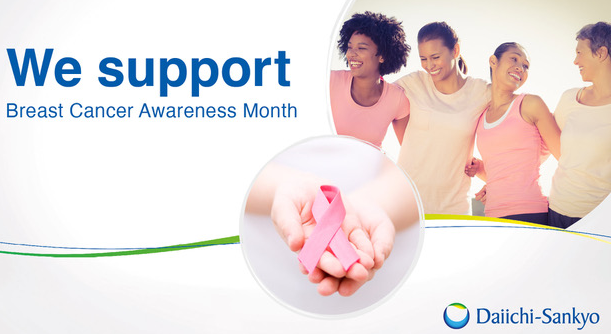 Breast Cancer Awareness Month (BCAM) is synonymous with education and exchanging information about the disease, its impact and ways to detect and manage it. The month is an important time to help people along their cancer journey, and the educational resources developed in recent years have potentially contributed to improved outcomes for many patients with breast cancer.

This BCAM, we are working to amplify the awareness-building efforts of the advocacy community while turning the education and information lens on a vital aspect of the breast cancer journey: biomarker testing. It is used to help detect cancer, can predict how fast it will grow and spread and can help doctors identify the best treatment for a patient or monitor their response to a therapy.1

Sharing Stories to Reduce Confusion
Biomarker testing might seem confusing or intimidating for some patients. As part of our effort to elevate biomarker testing education, our advocacy team connected with patients to understand their perspectives on testing and the role these barriers may have played in their respective journeys.

Irasema, a young woman impacted by both gastric and breast cancer, shares what she wants others like her to know about the test: “When I was first diagnosed with gastric cancer, I was skittish about biomarker testing and unsure of the benefits that would come with it, especially when I was so anxious to get treated as quickly as possible,” said Irasema.“ But it proved useful, as the findings not only taught me about my specific cancer, but helped me become more comfortable talking with my care team about my disease. When I was later diagnosed with early stage breast cancer, I was much more proactive, and had a conversation with my doctor right away to make sure biomarker testing was part of our plan. I share my story with the hope that others like me remember that even when things seem overwhelming, knowledge is power.”

Supporting Biomarker Testing Awareness Efforts this Month…and Beyond
Education is a vital part of the work we do with the breast cancer community, including our advocacy partners and patients, and will continue to help guide us in our efforts on behalf of people living with breast cancer around the world.

What You Need To Know About Biomarker Testing

Questions I want to ask my doctor about